What I Learned in Africa

I don't know what to say about Africa other than thanks to everyone who helped me get there.  I like people and I hope the kids remember this like I will.  I still remember Simon Says games from when I was a kid.  They were always exciting for me.
Posted by Oliver at 12:10 PM 3 comments:

Today my phone popped out of my back pack while biking across some rocks at a park.  When I finally realized that's what happened I only found the back cover of my phone.  I assume some kid in the park is wandering around with it.  So all in all,

Make the decision before the choice comes

Posted by Oliver at 7:35 AM No comments:

Fund raising for my Ghana Trip and I am making progress.

I received this quote in an email from the MPA student association:


I think it's pretty darn good.


Also, I am still going to Ghana this summer!  I will be working on a research project for the Ghanaian Tomato Market. http://pledgie.com/campaigns/14092
Posted by Oliver at 8:35 AM 4 comments:

This summer I am going to Ghana as part of an international development trip in my MPA program.  I am taking coursework right now in preparation.  We will be conducting market research  and hope it will be helpful.  I don't think I'm going to be able to go in and tell anyone how to live their lives.  I am actually hoping to learn from them and hope that some statistical analysis on our side will help in economic decision making.

Other than that I am trying to work hard and do well in school.
Posted by Oliver at 2:45 PM 3 comments: 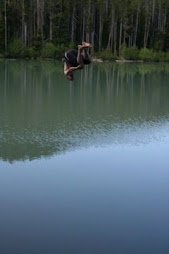